The Rollator Series on attenuation circuit, dedicated to noise and curated by noise artist ORiFiCE, has so far presented artists from Japan, Europe, and South America. Nocturnal Hiss is the first North American artist in the series, adding an unexpectedly rhythmic flavour not only to the series, but to the label programme as a whole.

The self-description of Nocturnal Hiss as “noise+techno” seems absolutely justified. More so than in other rhythmic noise acts, the beats themselves are sometimes rather clean-cut here while the overdriven noise samples add intensity. The sharp bleeping sounds that characterise some of the pieces make you think of an 80s arcade game circuit-bent into yielding an acoustic image of collapsing entertainment electronics – or maybe a whole collapsing entertainment industry? This is certainly one of the most danceable records ever to come out on attenuation circuit, convincingly driving home the point that noise, just like techno, is music that is best experienced with the whole body.

At the time of writing these words, there is nothing online about Nocturnal Hiss and the cover doesn't provide much information besides that this was recorded last year. No band members, no instruments. From my vantage point, I'd say it is a one-person act with a few electronic devices, influenced by a bunch of variables when it comes to the word noise. Harsh electronic noise from the HNW legacy meets up with all the extremes from the world of rhythm; I am thinking Gabber (not as fast though), hardcore techno and the industrial variations we know from the likes of Esplendor Geometrico and Pan Sonic. For no particular reason, other, perhaps than that is short, I had it on repeat while figuring out a new ventilation device, packing up some orders, reading a bit and such mundane activities and Nocturnal Hiss were crashing their waves in the background. A most enjoyable crash as such it was. Whenever I was done with one thing, I did a fist pump, mimicking a noise vocalist Whitehouse-style, along with Nocturnal Hiss, which, come to think of it is an odd name for a noise group, as it sounds like one of those apps for insomniacs, and if anything, the music here will keep you wide awake. I have no idea if there are tons of hardcore rhythm 'n noise outfits (misfits might be a better word) out there working similarly, but I found all of this most enjoyable. Mainly because there is so little of this that I hear. This is little over half an hour of sonic bliss. 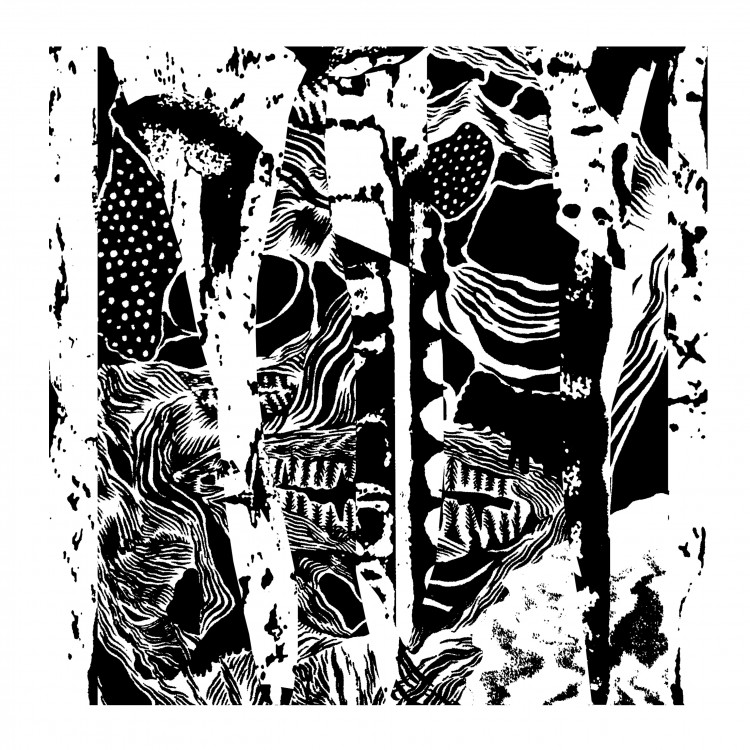 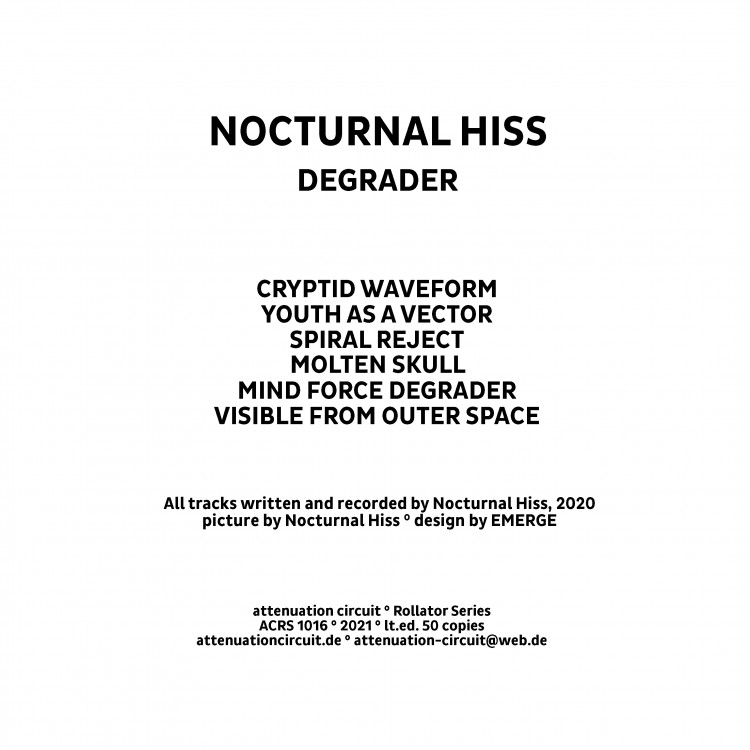 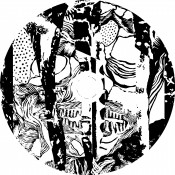