Every summer since 2017, attenuation circuit has been organising the “re:flexions sound-art festival” for experimental music at its homebase in Augsburg, Germany. For the 2020 edition of the festival, the label has produced a CD album. It is included in the festival ticket, but also available as a release in its own right. The artists featured on the CD are those who were originally invited to the festival. Due to the current medical precautions and international travel limitations, the line-up of the festival on 4th July had to be changed, but the CD gives a very good idea of the festival's original concept.

Individual artists applied for the festival and were “matched” in trio or quartet configurations by label head and festival organiser Sascha Stadlmeier aka EMERGE to create new collaborations. In anticipation of performing live at the festival together, the newly created line-ups produced the tracks for this album by way of remote collaborations.

Agente Costura plays her sewing machine and lays the beat for “sudden descent”, a track that might be described as post-industrial noise-electro (in the 1980s Detroit meaning of electro) in a trio with Occupied Head and Boban Ristevski on various electronics.

Gintas K, Calineczka, and Wilfried Hanrath weave a delicate tapestry of lowercase drone sounds that is interspersed with fragile metallic sounds of mysterious origin that even coalesce into strange melodies at times. This calm yet by no means monotonous piece is called “closer musings”.

With Lee Enfield, Waterflower, and KOMPRIPIOTR, we dive deep into drone ambient territory, yet with a noisy edge buried underneath the lush layers of harmony. The track's title “scare up” might refer to the noisy beast that is lurking down there, waiting to come to the surface. And sure enough the piece turns into a rather suspenseful ride on the soundwaves.

The final track “ferch” closes the album with meditative post-rock drone ambient. N(91), a veteran of guitar-based drone music who is always “N”, but numbers his projects/releases, meets like-minded duo deep, who use two electric bass guitars and some electronics to create their music.

ALL TRACKS EXCLUSIVE FOR THIS COMPILATION

this compilation presents the originally planned line-up for

Here we have a compilation of collaborations. Originally there was a festival planned, Re:flexions, in Augsburg for July 4th, but that is cancelled. The original idea was to get a bunch of people playing together as a trio or quartet. Instead, these collaborations are now on CD; these are remote collaborations (or 'Distant Structures' as P16.D4 labelled such things thirty years ago). The cover looks a bit cheap and doesn't have much information. For instance, it is hard to say how these pieces were made; not in some concert setting, I assume, but then, how? There are five pieces, between nine and thirteen-minute; four trios and a quartet. The latter being B.u.d.d.A (Chris Sigdell & Sascha Stadlmeier) with Fabio Fabbri (trumpet) and Hoshiko Yamane (from Tangerine Dream on violin). There are more new names for me; Agente Costura (who plays a sewing machine), Wilfried Hanrath, Lee Enfield, Waterflower and Kompripiotr for instance. The music in all of these pieces sounds very much improvised but to various degrees. I guess it depends on whatever instruments are used. In the first piece, by B.u.d.d.A et al, the addition of trumpet and violin sounds against the electronic backdrop works in a fine ambient way, whereas Occupied Head/Agente Costura/Boban Ristevski has a stricter electronic feeling, but it is somewhat uninformed. Gintas K/Calineczka/Hanrath is on the similar electronic ground and similar slightly loose ends. Enfield/Waterflower/Kompripiotr offer the most ambient music of the lot here, with whispering voices over sustaining sounds, slowly melting and burning away, removing the ambience in favour of distortion. Deep (a duo) and N[91] represents the dark ambient guitar side, with two basses and a guitar, and it's the best for the last, I think. In this piece, the playing comes together and creates a fine, solid piece of music. 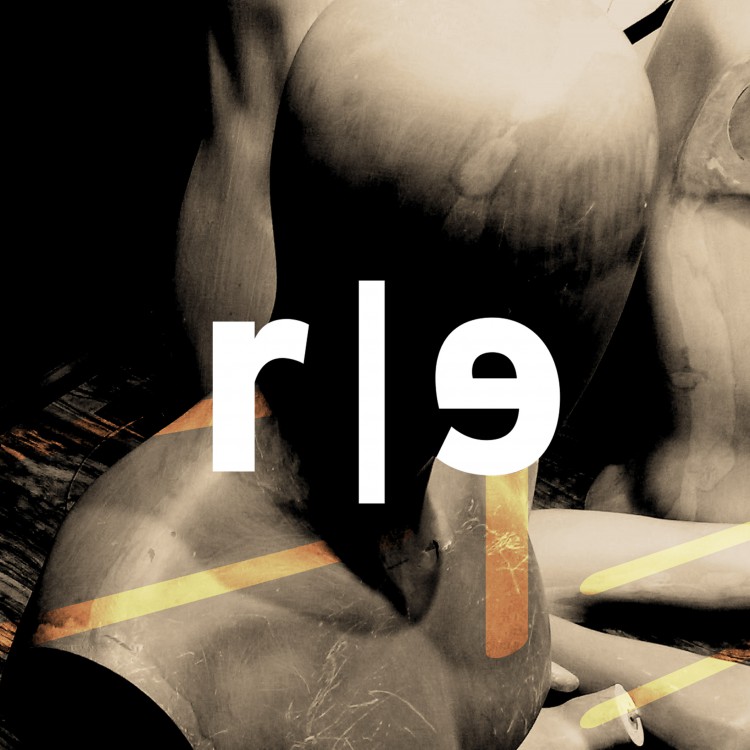 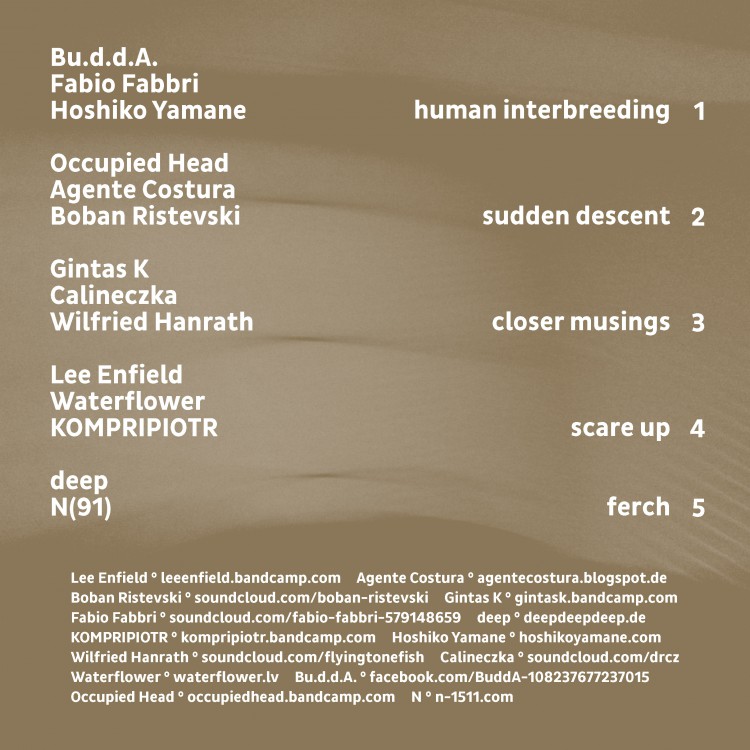