Guitarist N and electric bass guitar duo Deep are kindred spirits. Both have been cultivating extensive psychedelic dronescapes for decades, so this perfectly organic live collaboration between them is a match made in drone heaven, so to speak. It happened on 4 July 2020 at Augsburg's “abraxas” arts centre (hence the title), the venue of the annual “re:flexions sound-art festival” curated by attenuation circuit label head Sascha Stadlmeier. The album contains festival flyers as further memorabilia of the concert documented on this album.

Whoever attends a Deep concert for the first time is likely to hear a duo of bass guitars for the first time, and more likely still to hear bass guitars treated and played in ways they've never heard before. Chords played through an array of flangers and the like dissolve slowly and harmonically into the atmosphere. Gamelan-like percussive elements and the chirping of electric birds invoke imaginary landscapes. Then N's guitar gradually enters the intervals within the chords, giving the drone an edgier, rougher element of microtonal tension. If you thought “relaxing ambient” at first, now think Tony Conrad or Phill Niblock. The sound becomes a gently rising tide which eventually turns into a tsunami carrying everything with it, topped by metallic sounds like the vibration of a ship's hull in a heavy rolling sea. A refreshing trip through the maelstrom that simultaneously turns out to be a journey into space, not outer space but a deep space inside the listener's brain.

Perhaps the most surprising fact about this LP is that it is a live recording from last year and not from the first two months of the year when everything seemed normal. This was recorded on July 4th, 2020 at the Abraxas Arts centre in Augsburg. Hence, the title, of course, but guitarist N (Hellmut Neidhardt) probably also likes the fact that it is also a title of an album by Carlos Santana. N has a long career of deep ambient music, all played on his guitar, and usually, he numbers his works, so a work is N [1], or N [10] and sometimes confused as the band name. I love that sort of confusion. This is N[93]. Deep is a duo of Stefan Vetter and Bernd Spring and they both play the bass guitar. Spring is also the man behind Dhyana Records, co-releasing this record. They have quite a few releases, many of which I never heard of, but which I believe to be can be a mixed bag of styles. Here, they remain true to their name and maybe guided by N, this trio covers a deep ambient ground of low guitar sounds, bowing strings, opening reverb units and in general one bass for a more abstract, very slow rhythmic sound, and one for sustaining sounds, with the guitar doing both; shorter attacks, massive reverb and sustaining sound. It all starts with how these things start, moody, quiet and slow-building. The guitar adds loosely sounds, like a far percussion element but as the music grows and builds, it becomes darker and denser before reaching its zenith at the end. Now it is no longer that carefully builds ambient but slightly distorted guitar symphony against a black wall of sound. This is a different kind of meditation if you are open to that. It is one, fine mighty power drone that is very strong and is a trademark, I think, of what these musicians are capable of. This coloured vinyl is an edition of 100 copies, and it comes with a large fold-out poster in black, white and grey and looks as moody as the music sounds.

Abraxas is a live performance recording of guitarist N (Hellmut Neidhardt) (who increments the number after the N with every new release, hence the 93) and electric bass guitar duo Deep (Bernd Spring and Stefan Vetter).

This 35-minute set is a recorded performance at Augsburg’s Abraxas Art Centre on the Re:Flexions sound-art festival in July 2020. For this release, the recording is split into two 17-minute parts – the perfect length for a dynamic vinyl cut of course, but in fact it should best heard in one single go.

Guitar and bass are the barely recognizable sources of deep extended drones, slowly working to an intimidating climax and then relaxing again, just as slowly. Only to return even more intense in the middle of the second part.
“If you thought “relaxing ambient” at first, now think Tony Conrad or Phill Niblock. The sound becomes a gently rising tide which eventually turns into a tsunami carrying everything with it.”
I guess that this must have been quite a physical experience that night! 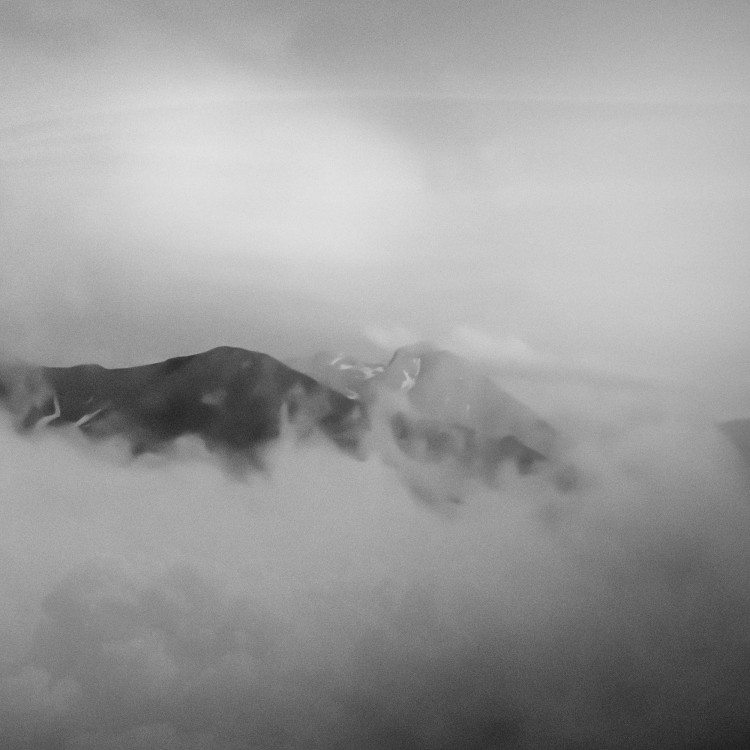 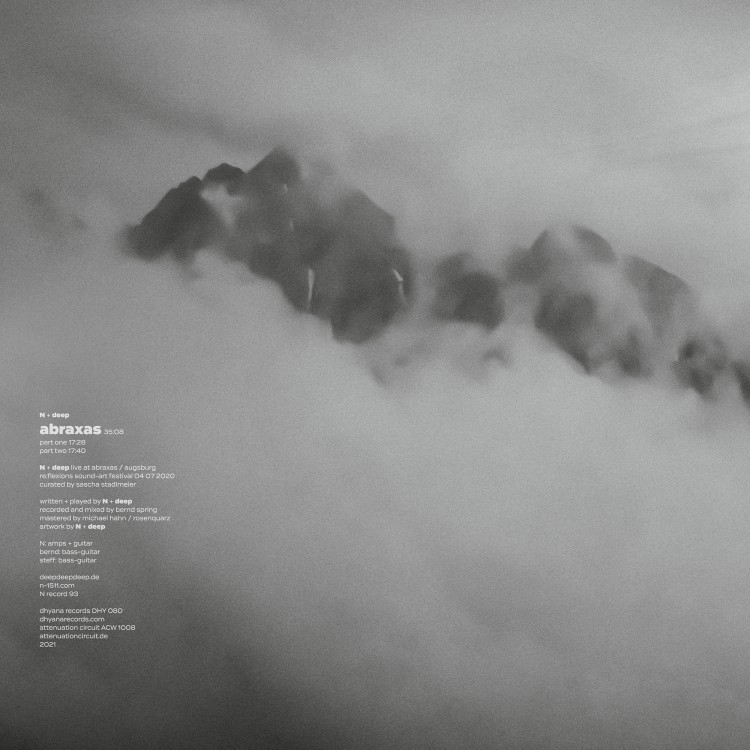 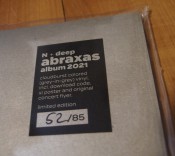 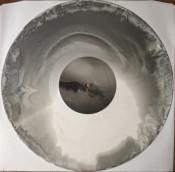 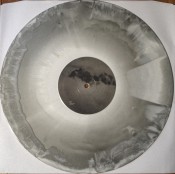