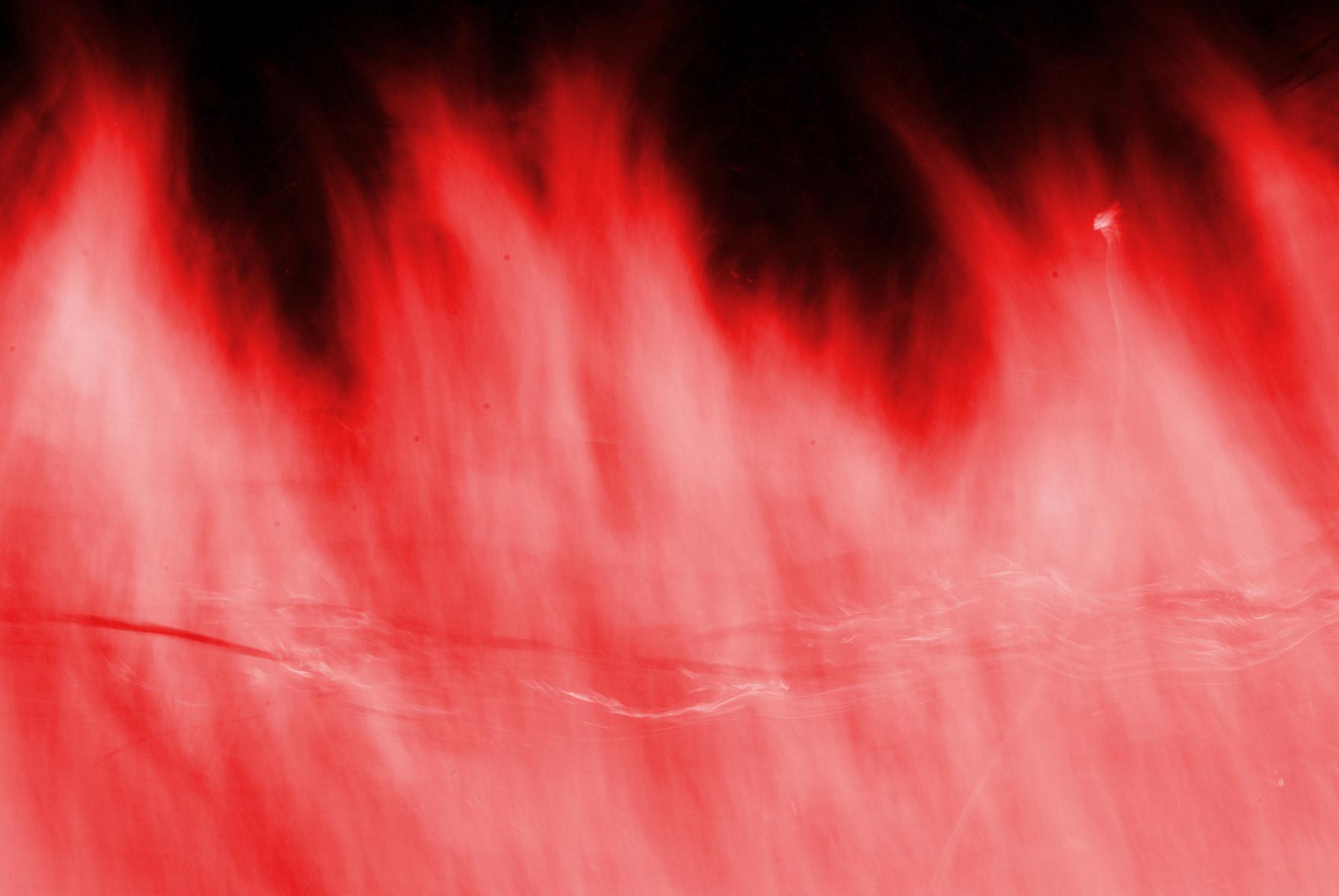 In 1914 Luigi Russolo wrote his famous 'Art Of Noise' manifest. The 100th anniversary of 'Futurism' was celebrated all over the world but also in Tilburg, The Netherlands. Wieman was invited to perform their meltpot of futurist noise and since Tilburg is the hometown of their close friend Jos Smolders, and since he has switched to modular synthesis (and his synthesizer looks like a space ship control unit anyway), it was decided we would join forces for this project. In the usual fashion of home preparation and then spending a day to sort out the sequence of the tracks, Wieman and Smolders set to work, plundering freely from recordings of Russolo's original 'Intonarumori' instruments, via the sixties soundtracks of sci-fi movies (Star Trek, 2001 A Space Odyssey), Vivenza's machine recordings, industrial music and afro futurism, Wieman applied their usual meltpop techniques, while Smolders added his modular synth madness. It's bursting with mechanical rhythms, spacey choirs, and machine noise as well as sampled spoken word. In accordance with true meltpop the guessing game (hmmm, where have I hear this before?) is yours.

Wieman is the project of Roel Meelkop & Frans de Waard; the logical runner-up to Goem, first called Zèbra, but in 2012 they changed their name to Wieman. They call their music meltpop and take conceptual approaches to create new music. They created new pieces out of the catalogue of Factory Records, worked with music that had the word 'music' in it, remixed music from the cassette label Limbabwe Tapes, provided music for a performance leading up to screening of 'El Topo' by Alejandro Jodorowsky (together with Ben Schot), worked with Wally van Middendorp (of Minny Pops), reworked Cybe (80s synth musician) for an LP, dissected classical notions in pop music and even mined their own Goem catalogue as the source of music for a new piece of music. They only work on commissioned music.

Jos Smolders is a composer and mastering engineer, who recorded for Korm Plastics, Quiet Artworks and Staalplaat, is a member of THU20 and WaSm (together with Frans de Waard) and whose motto is that "Getting into the headspace and understanding the perspective of the artist is essential". His mastering clients include Merzbow, Pierre Henry and Scanner among many others.


Celebrating 100 years of Futurism!
With extensive thanks to Hans Timmermans

Recorded April 16. 2014 during preparations for a live concert later that day at Hall of Fame, Tilburg, The Netherlands
May also include live recordings

This release starts from a performance in Tilburg to celebrate the 100th anniversary of 'Futurism' and, for this effort, the duo of Roel Meelkop & Frans de Waard was joined by Jos Smolders. From a musical perspective, Wieman sounds as a logical continuation of the path taken by Goem but, while this project was almost rigorous in their form, this release is seeking ways to sneak off from rigid structures with detours to other paths and "épater l'auditeur".
The sound of an airplane, under a pounding beat, opens this release and set the musical tone at the crossroad of futurist's fetishes and, obviously, noises. The second part of the track is a sort of dance interlude centered upon Smolders synth where a spoken work recording, mostly taken from 2001: a space odyssey, adds that sense of estrangement which is the character of last century's avant-garde. The third part is closer to the classic Goem form as it completely centered upon minimal beats and sparse noises that suddenly takes the foreground for an harsh interlude featuring in the background war sirens as a probable reference to upcoming war. Almost unexpectedly a meditative fourth part starts as a sort of danceable (?) interlude to an atmospheric part acting as a bridge to the closing noises that ends the piece.
It's another work that confirms the even creative status of this artists which continue to seek new ways to expand their now codified language. A remarkable work of art.

To celebrate 100 years of Futurism Wíeman was asked to cook something up and decided to invite long-time collaborator Jos Smolders to join their ranks. This completed the setup for "Alive Futarist Minifesta", which is out on De Waard's own Korm Plastics. Like Modelbau's album, this work consists of one track only and sets off with a piece that to me somewhat resembled 80s martial industrial - stuff like Test Dept, SPK. Indeed quite a surprise. Many of the loops have something metallic or motorized about them and seem acoustic in origin - quite unlike the previous release "Cryptonesia", which seemed much more synthetic in retrospect. Still, before I had the time to ponder the historically connections between fascism, futurism, my love for martial music and the scent of cold steal and ballistic imagery this album would possibly leave me with, Wíeman drops an extremely groovy electronic beat with some classic HAL samples put to it, which instantly launches us into noisy space pop territory. And I have to emphasize 'noisy' there: don't expect a fancy "engage" cruise on one of those galaxy class sleek Enterprise models. No sir, from this point on it becomes an entertaining but ever so harrowing trip, a on ramshackle second-hand space raider vessel, rife with plasma spouting conduits, fried electronic equipment and haywire, probably even malevolent computer systems... until after twenty minutes the ship just breaks down altogether and then slowly the scenario fades from a pile of fuming remains to a larger-than-life sci-fi machine like the one in Fritz Lang's Metropolis. The music slips into an attractive groove, almost like a lofi 90s Detroit techno track, but played at half speed. Still the mechanical timbres are abundant and they seem buzz around the beat like fighter planes attacking some future-retro cast-iron king kong, menacingly striding around some 40s silent movie set, knocking over props. The end of the album is the best bit, which to me sounded like the forewarning howls emanating from some trans-dimensional portal, desperately trying to prevent a future that is in the end inevitable. Just so is the likelihood of me playing that very last bit again and again. Brilliant stuff.
(PJN)

YEAH I KNOW IT SUCKS

Wieman comes with a celebration work of futurism that will take you for a ride. So jump in that descent steamy looking train and hear the engine blob and clog itself with oil. The gas pedal is being pressed in so you’d better wear a seat-belt and hold on tight. Project Wieman takes us onto a trip in which we sit back & suddenly lean forwards as the drivers likes to play around a bit. But we travel forward, that’s for sure.

In the forward zone some crackling sounds might pop up; is there something stuck between the rails and our wheels? Or perhaps something broken in our heads, or just mine? Whatever it is; it keeps the excitement alive in what would normally be quite a straight forward ride, One that subconsciously leads to rhythm, a happening within music that could be used to dance upon. In this case it’s a nice coming together of experimental music and something that makes it more approachable for ears influenced by dance culture. It’s a combo that melts these things like two ‘yes’ sayers on a wedding; creating a new arrangement pleasing both sides of the family.

Think wobbling bass, Dadaist words and sound slipping in and out. It’s a ride that is of an eclectic and celebrating kind. It’s material that molds itself into passages of time, soundscapes, rhythm and abstract moments. It’s a journey that will deliver every kind of listener something of interest. Even the Startrek lovers get a full on homage by recognizable reuse of special audio effects from the original series. There might be laser noises to spice things up, but in the end the showcase will turn classy and delicate; delivering listeners safely into a precious zone of being relaxedly entertained.

Project Wieman basically pulls everything out to create a very interesting, and above all positive soundscape experience for all to enjoy. The quality is high, but comes as no surprise with sound veterans Roel Meelkop, Frans De Waard and Jos ‘Mad Mod’ Smolders being responsible for the output of Wieman. Tune in, get a copy, don’t hesitate to celebrate 100 years of Futurism! 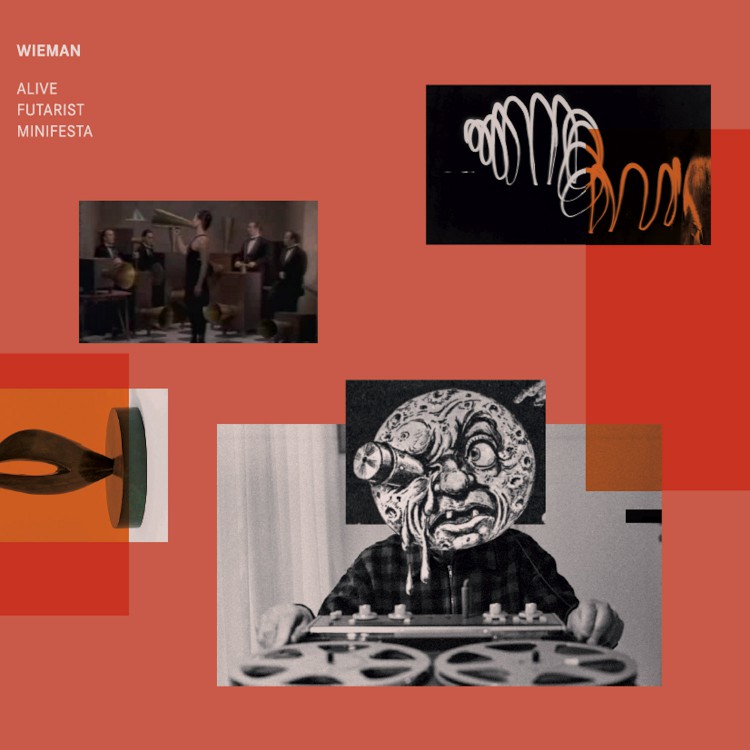 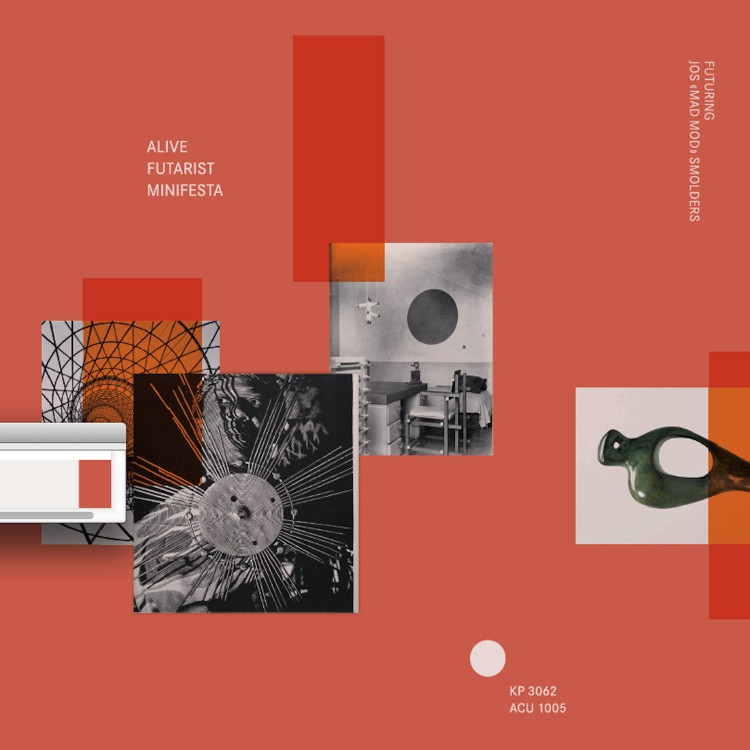 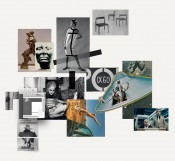 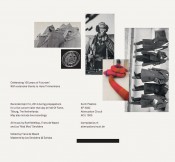